Simply put, “Jordan’s Principle” is a child-first principle calling on the government of first contact to ensure First Nations children can access public services on the same terms as other children. The principle was a result of Jordan River Anderson, who was a First Nations child from Norway House Cree Nation in Manitoba. He was born with complex medical needs that could not be treated on-reserve. This resulted in Jordan spending more than two years in a hospital in Winnipeg, after which hospital doctors agreed that he could leave the hospital to be cared for in a family home. However, a jurisdictional dispute between the federal and provincial governments erupted over who should be responsible for Jordan’s in-home care costs since he was a First Nations child. This dispute resulted in Jordan staying unnecessarily in hospital for over two more years, until his death in 2005. By that time, he was 5 years old and had never spent a day in a family home. 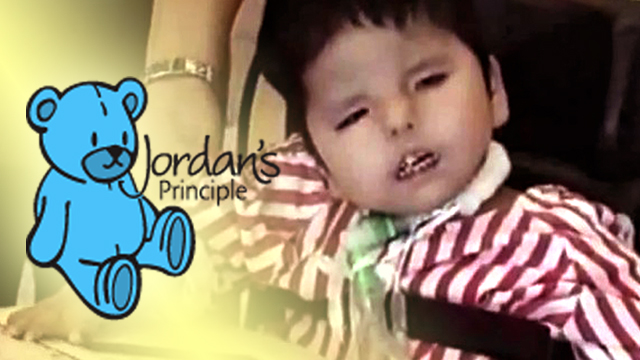 It is not uncommon for First Nations children to be left waiting for services they desperately need or to be denied services that are available to other children. Besides health these services include education, early childhood services, recreation, and culture and language. Jordan’s Principle aims to remedy the situation by doing the following:

Early implementation of Jordan’s Principle has been extremely limited in scope by both federal and provincial governments as noted in independent reviews by the Canadian Paediatric Society and UNICEF in 2012. This was echoed in the Pictou Landing Band Council and Maurina Beadle v. Canada case where governments failed to reimburse the Pictou Landing band for costs relating to Maurina Beadle’s son Jeremy Meawasige, who requires extensive in-home care. The Federal Court found that Jordan’s Principle is binding on the Government of Canada and ordered it to reimburse costs for Jeremy’s care without delay.

In response to CHRT rulings, in July 2016, the Government of Canada announced a new approach and broader definition of Jordan’s Principle. To support Jordan’s Principle, the government implemented a 3-year Child First Initiative to facilitate and improve access to health and social services and supports for First Nations children. The aim of the Child First Initiative is to:

They committed up to $382 million in new funding to enhance service coordination and access to health and social services for First Nations children with no gaps in government services. These gaps can relate to, but are not limited to, services such as mental health, special education, dental, physical therapy, speech therapy, medical equipment and physiotherapy. The Child First Initiative has four streams of activity under an interim approach:

Jordan’s Principle is not meant to duplicate programs and services that already exist. Needs that are not being addressed through existing federal and provincial programming are eligible for service access resolution through Jordan’s Principle. For example, if a child has an identified need that is not funded through the Non-Insured Health Benefits (NIHB) Program, funding may be found under Jordan’s Principle. So far, coverage has been provided for a variety of services and supports, including:

What is the status of implementation of Jordan’s Principle today?

On February 1, 2018, CHRT issued a fourth non-compliance order (2018 CHRT 4) against Canada on First Nations child welfare. The CHRT found the federal government is still not complying with a 2016 ruling that found it discriminates against Indigenous children. According to Dr. Cindy Blackstock, Executive Director of the Caring Society, “Canada’s focus has been on financial considerations and not the best interests of children…The Government has treated some of the Tribunal’s rulings like recommendations. They are not recommendations; they are legally binding.” In response, Indigenous Services Canada says it will immediately begin fully funding the actual costs for child welfare agencies to allow them to help Indigenous families without having to take kids away from their parents. Census 2016 data show that indigenous children made up only 7.7% of the general population under age 4, but represented 51.2% of children in foster care in that same age group (4,300 indigenous children in all).

However, since 2016 the government has accomplished the following:

On February 9th, Indigenous Services Canada set up a new call centre to help First Nations children get services and supports under Jordan’s Principle. The centre will provide families with direct access to agents who will start the intake process and connect them to the Jordan’s Principle representative in their area.

David Acco is President of Acosys, an indigenous consulting firm, and is also a social entrepreneur. David is a Cree-Métis descended from Cumberland House, Saskatchewan, and a member of Métis Nation - Saskatchewan.